Lous-Marie de Montfort was born on January 31,1673, in Montfort-la-Cane, a small town in Brittany, France.  He was the first of eighteen children, of whom seven or eight died very young.  His father, Jean-Baptiste, was an ambitious but not very successful lawyer.  He was a staunch Christian though, and made sure that he transmitted his faith to his children, providing them with a solid human and religious education.  He was helped in this by his wife, Jeane Robert, who had three brothers in the priesthood.

Louis Marie did his secondary studies at Rennes, in the College of St. Thomas Becket, run by the Jesuits.  In 1692 he left for Paris, in order to undertake his seminary training, placing himself under the guidance of the Sulpicians.  The seminary of Saint Sulpice, in the words of its founder, Jean-Jacques Olier, was described as "a school of spiritual formation… and zeal".

Ordained to the priesthood in June 5, 1700, in the brief 16 years of his ministry he fulfilled a career of founder, missionary, and writer.  In 1703 he organized the nursing and teaching congregation of women, the Daughters of Wisdom, and in 1705 initiated the foundation process of his missionary congregation of men, the Company of Mary or popularly known as Montfort Missionaries.  Having been named an “Apostolic Missionary" by Pope Clement XI in 1706, he spent the greater part of his priestly years preaching home-missions and retreats throughout Western France. 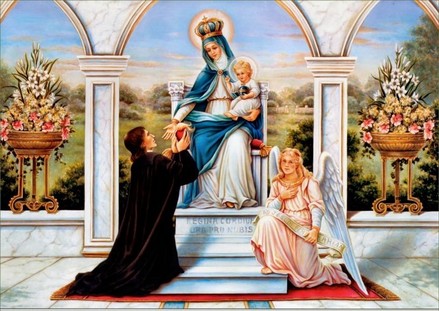 “It was through the Blessed Virgin Mary that Jesus Christ came into the world and it is also through her that he must reign in the world” (True Devotion 1).

Jesus is “the ultimate end of all our devotions” , but the “way to him, incarnate Wisdom is Mary” (TD 61).  In other words, “the perfect way to reach our Lord and to be united to him is to choose the great and wonderful journey that he chose for himself, Mary…” (TD 157). 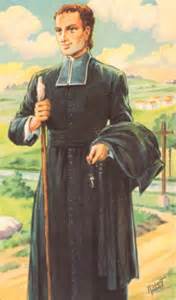 With my vagabond humor, I need no abode!
Jesus, dear Master, ready I stand
To preach your Word throughout the land
And through your power at work in me
Make me your missionary!  (Canticle 22)

Abandoned to Divine Providence, in the steps of the poor apostles, docile to the spirit, under the guidance of Mary, Louis-Marie de Montfort preaches Christ, the Wisdom of God, especially to the poor.

Louis Marie shares with the Christians of all times a “secret” of holiness, a Marian  mystical experience that leads to a deeper union with Christ-Wisdom. (cf. Secret of Mary) 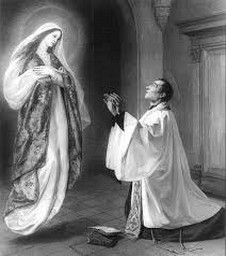 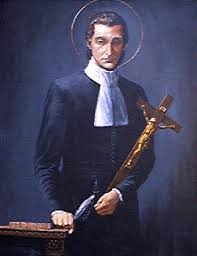